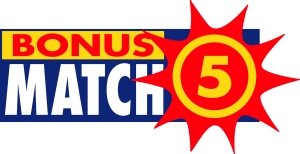 “One time I hit Bingo, so I created a trail of money from my car, up the path and into the house,” said a lucky Lottery player from Ocean City. “That’s how I told my husband I won.” The creative flair for announcing news is something the twosome has in common. This time around, it was the husband’s turn to cleverly communicate their $50,000 Bonus Match 5 win..

The retired couple bought the Bonus Match 5 ticket prior to taking a five-day cruise. Upon their return, they had no idea they had won.  Even after seeing signs in the store where they had purchased the ticket saying that it had sold a winner, they didn’t suspect it was them.

It was almost three weeks later that the 73-year-old wife threw all of her Lottery tickets on the bed and headed out to play Bingo. That’s when her husband decided to check them. To his surprise one of the tickets was a $50,000 Bonus Match 5 winner.

Instead of just telling his wife about their good fortune, he decided to do something a little different. “When I came home from Bingo, he was grinning in the doorway of our bedroom and on the bed was a strong box,” she said. “When I opened the box, the ticket was inside. I knew it was a winner.”

The happy pair said that they will use the prize money to pay down their mortgage and paint their house. The winning ticket was purchased at Ocean Market, located at 14107 Coastal Hwy. in Ocean City.